Southwest Airlines has canceled more than 500 weekend flights and rescheduled more than 2,500 others, capping off a difficult month for the nation’s largest domestic carrier and its customers.

The airline blames severe weather across the country for the operational issues, which have resulted in an increase in flight attendant sick calls.

The cancellations and delays come a week after Southwest canceled or delayed hundreds of flights due to two separate technology issues, and a week after American Airlines struggled with operational issues during the busy Father’s Day travel weekend, announcing that it would proactively cancel nearly 1,000 flights in July to give it more breathing room when weather and other issues arise.

What is the reason behind today’s Southwest flight cancellations?

Southwest spokesperson Alyssa Foster told USA TODAY on Saturday that the airline had preemptively canceled 150 flights “because to extensive thunderstorms expected across the country,” citing Denver, Orlando, Chicago, and St. Louis as examples.

“These proactive cancellations will allow us to reduce delays and diversions owing to storms and possible ATC (air traffic control) initiatives,” she said.

“We implemented a programmed reduction ahead of forecasted storms and possible air traffic control initiatives to proactively manage our operation,” he said in a statement. 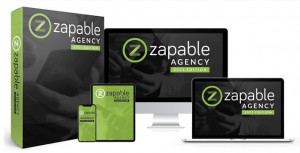 February 4, 2023
Share this ArticleLike this article? Email it to a friend!
Email sent!