Some planespotting at various places in europe, escpecially Amsterdam Schiphol. The Polderbaan might be one of the most famous runways in europe if you are interested in aviation. You can see several Airbus A380` s, Boeing 747`s and more on a daily basis and the view isn` t even blocked by a fence. That` s why Amsterdam Schiphol is among my most favorite airports in Europe when it comes to planespotting and the traffic because they also have a great variety.

A month ago Amsterdam finally got a regular Airbus A380 again but it` s not Emirates as you might think. The company which resumed its A380 operations at Amsterdam is China Southern which connects the dutch capital with Beijing. 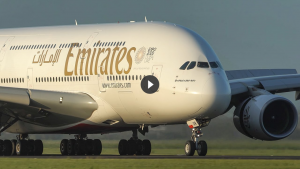