With the first batch of countries on the UK’s ‘green list’ for travel set to be confirmed on Friday afternoon, airlines are seeking to boost passenger confidence with a range of initiatives to increase demand. This week easyJet announced a partnership with Collinson Insurance to offer customers a new travel insurance policy that includes COVID-19 coverage as standard. Passengers will be covered if they contract the virus prior to or during their trip with coverage including refunds, additional accommodation, medical assistance and costs associated with returning home.

Sophie Dekkers, easyJet’s UK Chief Commercial Officer said, “As we are looking forward to ramping up our flying program as soon as it is safe to do so, we can now give our customers added peace of mind that they can book their much-needed holidays knowing they are fully protected should they test positive before they travel, while on holiday or if they have to cancel their trip altogether.”

The UK’s largest low-cost carrier has also announced a partnership with Randox Health to offer customers a 50 percent discount on CoVid-19 home testing kits. With PCR testing playing a significant part in government plans to recommence international leisure travel, airlines realize that making these tests available to customers at a reduced cost will play a big part in stimulating international travel demand. The laboratory tests would normally cost £120 ($167) each and with travelers expected to undertake at least two tests per trip the reduction will offer a considerable saving to families seeking to travel overseas.

With the UK Government expected to give the go-ahead for leisure and VFR (Visiting Friends and/or Relatives) international travel to commence from 17 May, speculation has been rife on which countries will make the ‘green list’ on the government’s traffic light system. The ‘red’, ‘amber’, green’ status denotes different levels of restrictions when returning to the UK from the applicable countries. The restrictions range from 10-day hotel quarantine for ‘red’ countries through to PCR testing only for countries on the ‘green list’. The system announced last month gives no consideration for a passenger’s vaccination status has attracted criticism from the aviation and tourism industry. 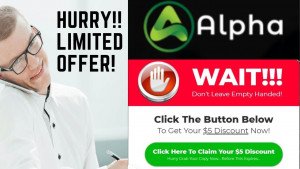 easyJet chief executive Johan Lundgren said on Thursday that the UK government was acting with an “overabundance of caution” in regard to the traffic light system. Mr. Lundgren had been optimistic in April about the number of European countries he expected to make the ‘green list’ but has since lowered his expectations ahead of Friday’s government announcement. Citing the success of the UK’s vaccination program Mr. Lundgren told a Financial Times online event on Thursday that “it’s going to you know to be very odd and ironic that actually the UK, the most advanced when it comes to the roll-out of the vaccination program, is actually going to find themselves left behind.”

The UK Transport Secretary Grant Shapps will announce the first batch of ‘green’ list countries at 1700 BST (British Summer Time – GMT+1) on Friday 07 May. The list is expected to be reviewed every two to three weeks but being on the list does not guarantee entry as each individual country will decide whether UK citizens and residents are allowed to enter. 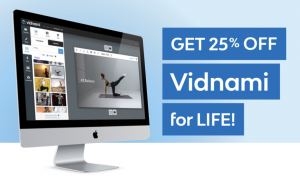